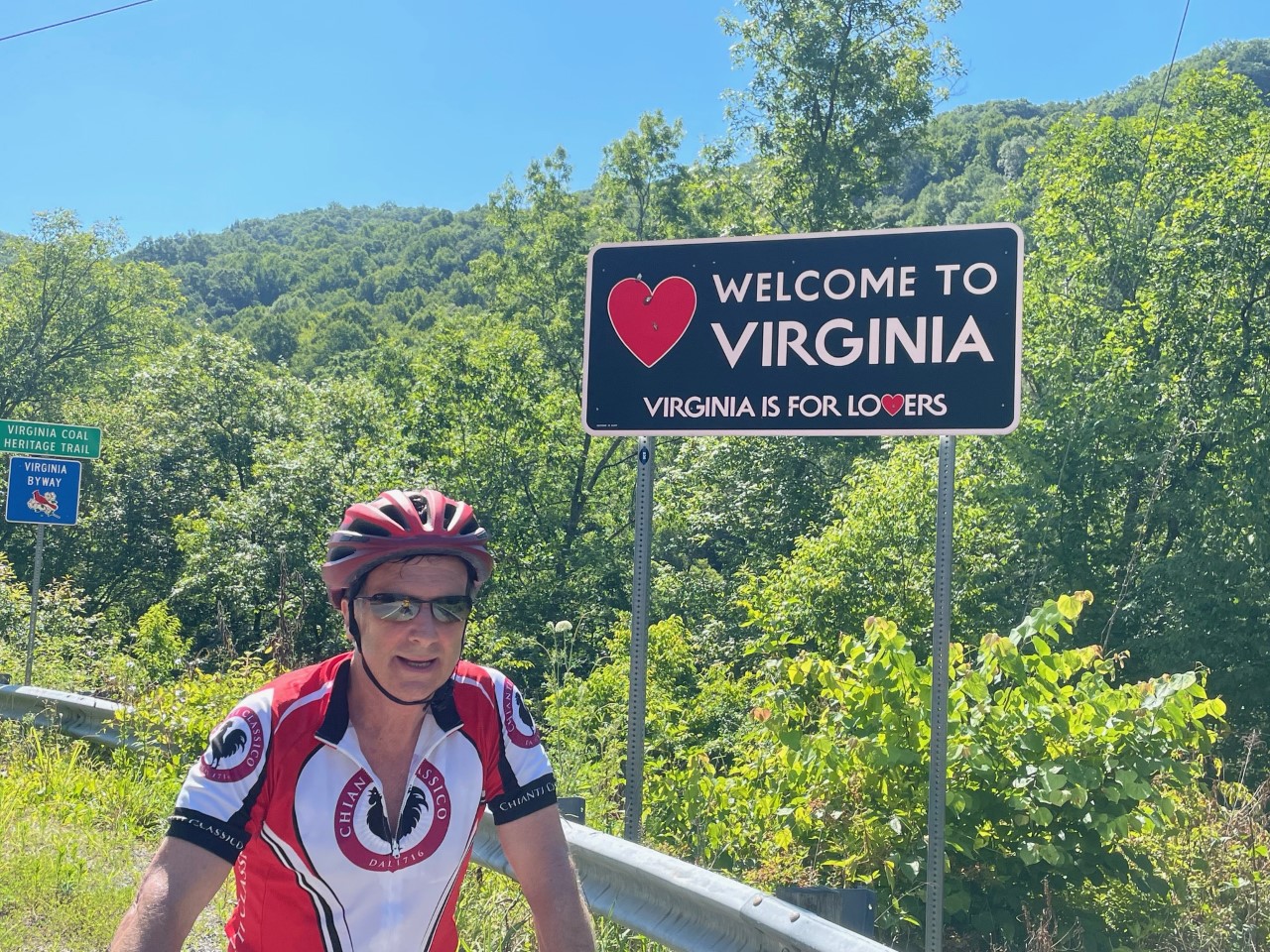 Riding a bicycle more than 3,500 miles across America, as Global Risk Solutions’ Peter Wiswell is doing to raise funds for Tri-State Bird Rescue & Research Inc., is a test of physical and mental endurance, to say nothing of the risks encountered along the journey. For the final 700 or so miles of his Wheels for Wings ride from San Francisco to Newark, Delaware, Wiswell has a riding partner and teammate whose presence is reducing risks in the final stretch of the trek.

Joe Valenza, executive vice president and head of the Ocean Marine practice at EPIC Insurance Brokers & Consultants in New York, agreed to team up with his longtime friend and colleague to help Wiswell complete the transcontinental ride. In late June, Valenza flew out to meet Wiswell in Kentucky. Since then, they have been riding together up steep climbs and hair-raising descents on their way to Delaware.

“On this trip, by the time Joe came along, I never needed a riding partner more than I did then,” said Wiswell. Before connecting with Valenza, Wiswell had ridden solo more than 3,000 miles, through the Rocky Mountains, Great Plains, and Ozark Mountains. Even though some cycling events are individual, the sport of cycling is about teams and teamwork – both on bikes and in support vehicles. Teammates and support crews not only provide motivation when the going gets tough, but they also can watch out for hazards. Cycling is safer and more fun when you have partners along for the ride.

The climbs in the Appalachians were shorter but steeper than those in the Western United States, and “those mountains wore me out. We had a 14% grade on one climb, and 10% to 11% most of the way. If you rode one or maybe two of those, you’d laugh about it over a beer at night. But when you forget which incline was the steepest because there were so many, it’s a tough slog,” Wiswell recounted. Counterintuitively, “the Appalachians were harder than the Rockies, because in the Rockies you could get a rhythm going on long ascents. In the Eastern U.S., the short, steep climbs are close together and come one after the other.”

Teamwork and partnership are also reflected in the work of Tri-State staff and volunteers to treat and rehabilitate wildlife after oil spills and environmental incidents. Wheels for Wings is ultimately about raising money to help Tri-State buy a new vehicle for its Oiled Wildlife Response Team.

Venturing into the unknown

One of the advantages of their cycling partnership is each looks out for the other’s safety. Valenza and Wiswell have ridden together many times on one-day outings but never a multi-day tour like Wheels for Wings – until now. The companionship offers more than relief from monotonous hours on the road; it also reduces the risks along the way.

“Where we’re going, we don’t know the roads, though we know it’s going to be difficult at times. The angst that brings on, with or without a partner, is significant,” Wiswell said. “When we ride on training routes near home, we know where the potholes are. That’s not the case here.”

“In Hayter’s Gap, Virginia, we climbed up the mountain and had an awesome descent, with 25 to 30 switchbacks and decreasing-radius turns,” Wiswell recalled. “We got to the bottom and the one in front stopped and waited for the other. You look out for one another as an essential risk management tool. We do the same thing going uphill, pacing each other, and stopping at the top. It’s a parallel to what we do for a living,” he said.

As Executive General Adjuster and Manager of Marine Claims at GRS, Wiswell is often on the scene when marine losses occur. Valenza, as a broker and marine risk specialist, works with underwriters to structure proper insurance programs, but he added, “At the end of the day, anything we do in the insurance business is about getting the claim paid.”

“I’ve been doing this for more than 40 years, and I’m pleased to say we have happy clients,” Valenza said. “Marine insurance represents a very small percentage of overall insurance premium in the U.S., but it’s a very significant part of protecting assets. Without marine insurance, ships can’t run across the oceans, transporting goods. The marine insurance industry is a small group; we all know each other, and we have to work together as a team.”

To see his progress on a daily tracker during Wheels for Wings, click here.