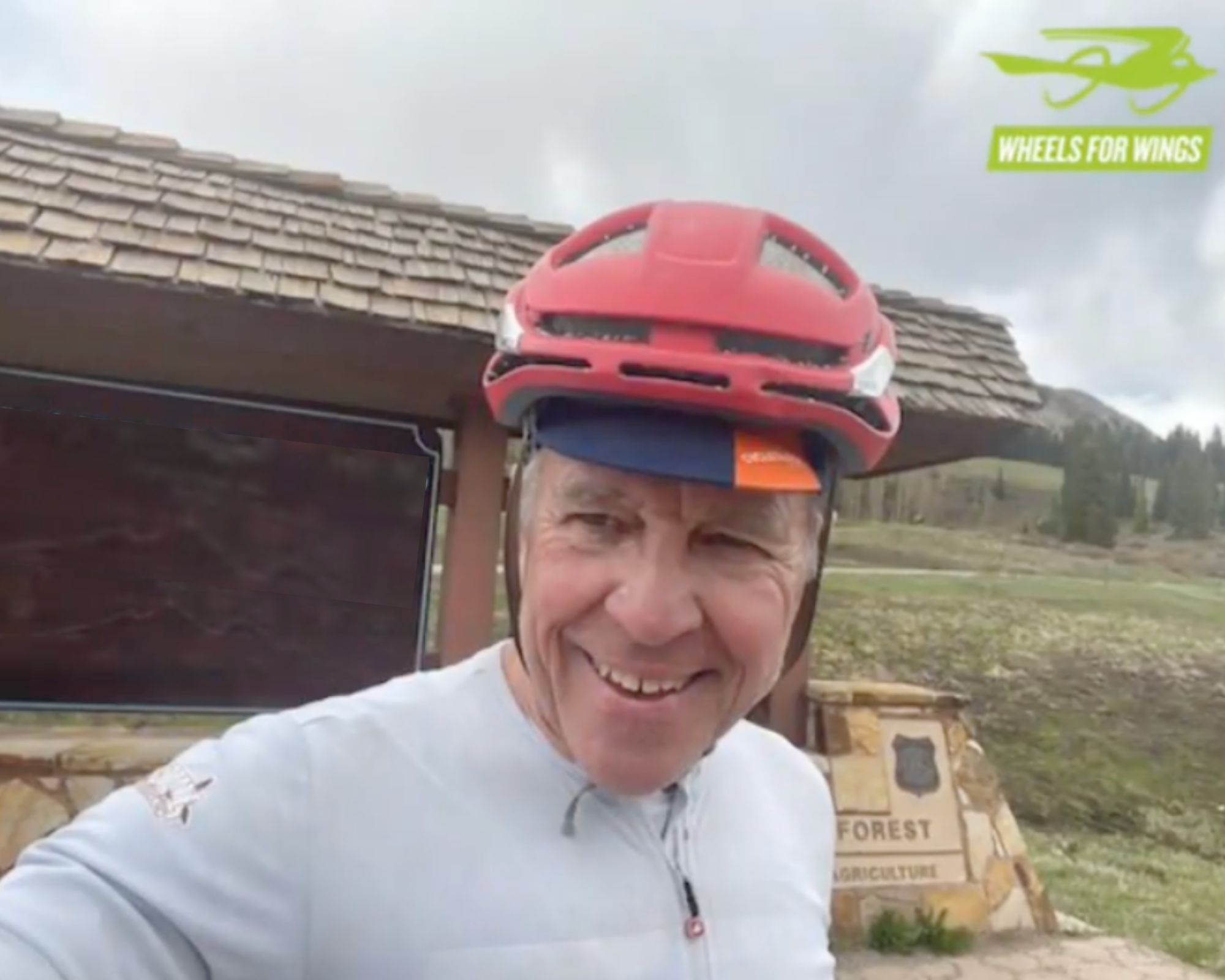 Underneath his route to support environmental response is oil

Global Risk Solutions’ Peter Wiswell has pedalled more than 1,800 miles in Wheels for Wings, a cross-country bicycle ride in which he is raising awareness and funds to support Tri-State Bird Rescue & Research. As of June 11, he was in central Kansas – almost halfway to his destination: Tri-State’s headquarters in Newark, Delaware.

Beginning his transcontinental trek in San Francisco on May 4, he spent most of the early stages of Wheels for Wings climbing steep mountain passes and navigating winding descents. Now in the Great Plains, the road is flatter, but still challenging with strong headwinds and crosswinds.

Wheels for Wings is supporting Tri-State’s Oiled Wildlife Response Team, which will use the funds raised to buy a new response vehicle. Tri-State has met almost 50% of its fundraising goal so far. Coincidentally, one of the natural resources that’s abundant in the area Peter is passing through is oil.

One of the first commercial oil fields in the Great Plains was established in Neodesha, Kansas, in 1893. Subsequent oil discoveries elsewhere in the region led to the Great Plains becoming one of the largest U.S. petroleum-producing areas.

In 2020, Kansas accounted for about 1% of total U.S. oil production, and its three refineries can process about 400,000 barrels of crude oil per day – equivalent to 2% of total U.S. refining capacity, according to the U.S. Energy Information Administration.

Oil keeps the global economy pulsing, but spills can have a serious impact on wildlife, especially birds. Tri-State, which has been responding to wildlife in the aftermath of oil spills since 1976, has a trained staff on call 24 hours a day to rehabilitate wildlife contaminated by oil anywhere in the world.

Wiswell’s route through Kansas has taken him around the Quivira National Wildlife Refuge, which attracts up to 800,000 ducks and geese annually. One of Quivira’s unique features is an inland salt marsh, which draws many species of migrating shorebirds, including sandhill cranes, whooping cranes, herons, egrets, pelicans and gulls.

GRS and Tri-State are committed to making a difference through environmental response.  Follow Wiswell’s journey at www.globalrisksolutions.com and on social media.