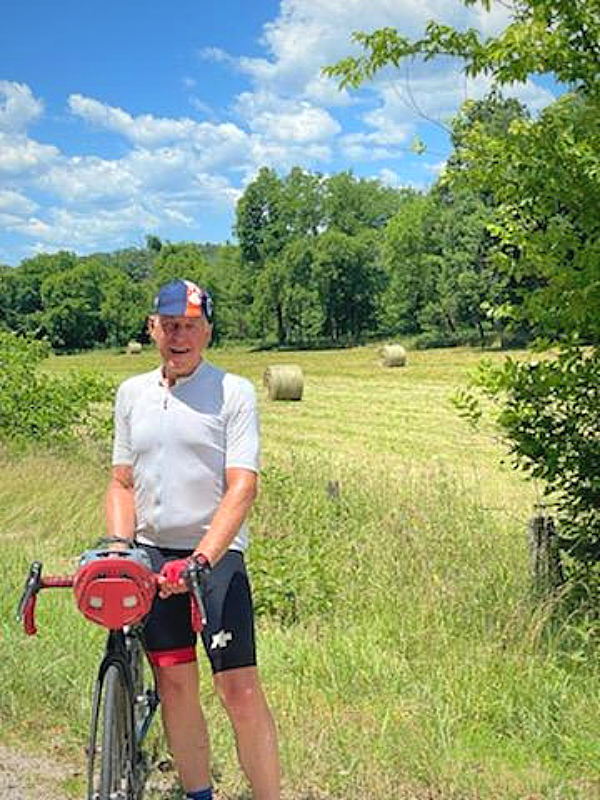 Riding a bicycle more than 3,000 miles across America is a long trip, as Global Risk Solutions’ Peter Wiswell knows. In mid-June, he traversed the Ozark Mountains in Missouri on his way to crossing the mighty Mississippi River. But he isn’t the only long-distance traveler in this area. This part of the country is home to the Mississippi Flyway, a major route for migratory bird species in North America.

Wiswell is more than halfway through Wheels for Wings, a cross-country bicycle ride in which he is raising awareness and funds to support Tri-State Bird Rescue & Research. Wheels for Wings is supporting Tri-State’s Oiled Wildlife Response Team, which will use the funds raised to buy a new response vehicle. Tri-State has not quite hit 50% of its fundraising goal so far.

As Executive General Adjuster and Manager of Marine Claims in GRS’ Environmental Risk Management Solutions division, Wiswell volunteered to ride across America to support environmental response and risk mitigation, a mission that GRS and Tri-State share. Tri-State has been responding to wildlife affected by oil spills since 1976, has a trained staff on call 24 hours a day to respond to birds contaminated by oil anywhere in the world.

The Mississippi Flyway is one of four major flight paths in North America, along which migratory birds travel to and from their breeding and wintering grounds. It stretches from the Arctic Circle to the southern tip of Mexico, a distance of more than 3,500 miles. The flyway encompasses the Canadian provinces of Manitoba, Ontario, and Saskatchewan, as well as the states of Alabama, Arkansas, Indiana, Illinois, Kentucky, Louisiana, Michigan, Minnesota, Mississippi, Missouri, Ohio, Tennessee, and Wisconsin.

Each year, more than 325 bird species make the round trip along the Mississippi Flyway, according to the National Audubon Society. These include many species of ducks as well as the bobolink, red knot, piping plover, and little blue heron.

While riding near the Ozarks, Wiswell reported seeing a bald eagle. America adopted the bald eagle as its national symbol in 1782, and the once-endangered majestic bird has been a remarkable success story for wildlife conservation. Bald eagles range from Alaska and Canada to northern Mexico, nesting near rivers, lakes, marshes, and some coastal areas.

According to the U.S. Fish and Wildlife Service, the population of bald eagles is thought to have begun declining in the 1800s as waterfowl, shorebirds and other prey declined. Loss of habitat and predation threatened to make bald eagles extinct, prompting passage of the Bald Eagle Protection Act in 1940. Use of DDT in pesticides in the decades after World War II decimated eagles and other birds of prey. By 1963, the United States estimated only 417 breeding pairs of bald eagles existed. Conservation efforts made a big difference. A 2019 study estimated the lower 48 states had more than 71,000 breeding pairs and over 300,000 individual eagles.

GRS and Tri-State are committed to making a difference through environmental response.  Follow Wiswell’s journey at www.globalrisksolutions.com and on social media.